A great event for those looking to try lacrosse for the first time!

*No equipment necessary, lacrosse sticks will be provided

Woodbury United Lacrosse is offering a series of lacrosse training opportunities this Winter and Spring.

All training is indoors right here in Woodbury.

The training is divided based on age and experience.

It also includes position specific training such as

For more details and to register, visit: Winter / Spring Training

Some of the sessions start in early January and have limits.

Outdoor Practices: Begin once the city opens the fields, typically late April and early May (also depends on coach availability).  Practice days/times are not set until late April or early May once coaches are assigned to teams (although practices will be at least 2 days a week, typically Mon-Thurs; the older age groups may practice 3 days week).  Practice days are subject to change once the regular season game schedules are released at the end of May.

Games:  Begin the first or second week of June.

Woodbury United Lacrosse is a 501(c)3 non-profit community organization that supports lacrosse in the City of Woodbury. All players who wish to play lacrosse are welcome at all ages. Registration opens in early January and closes in March.

All board members and parent coaches are volunteers. As a growing sport, we rely on dedicated parents to support the program in a variety of roles.

The lacrosse leagues Woodbury participates in are administered by Youth Lacrosse Minnesota (boys) and Minnesota School Girls Lacrosse Association (girls).  Here is a tentative timeline for the upcoming season:

Woodbury hosts the Black & Blue summer lacrosse tournament. One of the largest association only lacrosse tournaments in the Midwest. The tournament is slated to be held typically on the second weekend of July, but will depend on when July 4th falls. This is currently the only fundraiser we run as an association and we rely on parents to fulfill their required Dibs volunteer hours during this tournament.  There are generally few or no other volunteer opportunities (except for team manager and coaching), so plan to volunteer this weekend or arrange to have someone pick up your volunteer hours for you to avoid the additional fee.

We ask that those of you involved in any WULAX activities to be conscientious of these guidelines and considerate of others. Please also be mindful of facility rules for players, coaches and spectators. Individuals will differ in their assessment of situations and the adherence to guidelines.

The following are links to other helpful resources:

All players need to be a member of US Lacrosse to register for the upcoming summer season. Here is a link to the website to get a new or renew the registration. (Membership is not required for any of the Try Lacrosse for Free events). 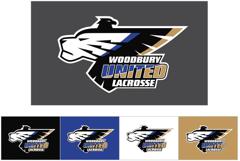 Check out the new Logo!!

Follow @WoodburyUtdLax for the latest news, events, and game scores.

RT @ESlacrosse: 👀👀👀 ND200 shoulder pads in M & L are available. Limited quantities. If you have been looking, you know. Get them while…

RT @ERHSRaptorsAD: Raptor Community here is a summer promotion for your Raptor gear... order now and get in time for the start of the schoo…

@RipleyLaxRef @PonyYouthLAX @Zephyrlacrosse Thank you for reffing our game so we can play! And yes, the grass at ou… https://t.co/p8iY8wGSEd